Seafood from Scotland is proud to work directly with an esteemed collection of culinary experts from Europe, Canada and the United States. These chefs work collectively to highlight the provenance of the Scottish-raised seafood and share their proficiencies in preparing a variety of species and cuisines, showcasing the diversity of Scottish seafood. 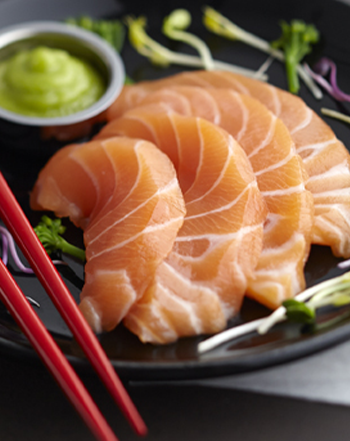 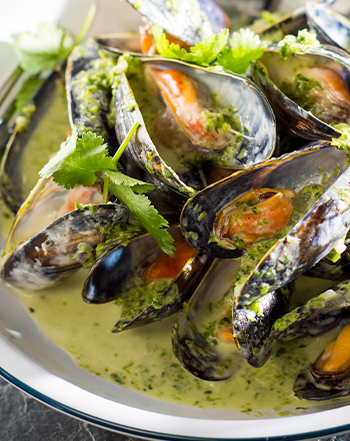 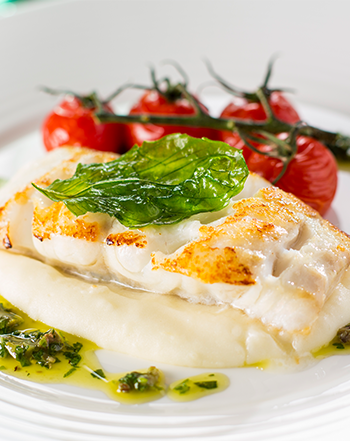 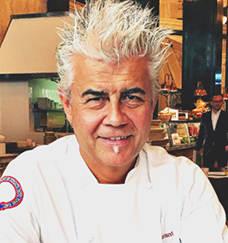 MacPhearson’s career spans over four decades, and has taken him across the globe, working with some of the most prestigious hospitality destinations including the Bellagio Hotel, Wynn Las Vegas, Wynn Macau, and Regent Hotels in Sydney, Kuala Lumpur, Singapore. Based in Las Vegas, MacPhearson keeps up a busy calendar of international festivals and events, and guides his company Scotch Myst, a food and beverage consultancy specializing in designing and executing custom solutions for boutique hotel and restaurant properties worldwide.

Born in Glasgow, multi-award-winning chef Gary Maclean has been at the heart of the Scottish hospitality industry for 35 years, working up and down the country opening and developing over 80 venues along the way.

His current role as Executive Chef at City of Glasgow College is what really drives his passion for mentoring other young chefs and creative cooking.

His work in education has been widely recognised by winning many awards including Craft Guild of Chefs Chef lecturer of the Year 2015 and CiS Excellence awards Hospitality Educator of the Year 2017, as well as winning four international and fourteen national college culinary competitions as coach of the College culinary team. He is also a Fellow of the Master Chefs of Great Britain and the International Institute of Hospitality Management. Gary was inducted into the Scotland Colleges Hall of Fame in 2019 and in 2021 was awarded the Mark Twain award by the St Andrews Society of New York for his work in Scottish and American relations.

In December 2016 he was crowned BBC MasterChef: The Professionals Champion, after taking on 47 other professional chefs in the pursuit of gastronomic glory. He battled through seven weeks of fierce competition on our TV screens and extra-ordinary cooking in the culinary challenges. There was only one king of the kitchen and he touched the hearts and passions of the UK TV audience.

Since winning Gary has embarked on a whole host of activities, from public appearances all over the UK and the world attending events in the promotion of Scottish Food Education and Culture, including , Miami, New York, Los Angeles, New England, Singapore, India, Indonesia, Malaysia, Colombia, Cuba and Canada. Gary has also spends a lot of time working in the media being a regular on TV, radio and printed press and embarked on presenting on BBC Landward and has his own BBC show , Corner Shop Cook Off.

Gary has written Kitchen Essentials the Joy of Home Cooking a collection of recipes for the modern family, Gary also owns a sustainable Scottish seafood restaurant in the heart of Edinburgh called Creel Caught.

During the pandemic, Gary felt it was important to reach out and support organizations throughout the UK, USA and Asia, offering weekly live cookery demonstrations, conducting classes for colleges in Miami, New York India and UK.

Gary is an ambassador for Scottish food and food education and fully believes that every child should be entitled to quality food education. 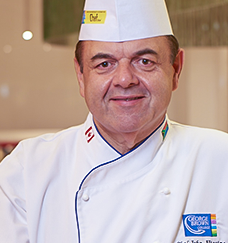 Chef John Higgins has cooked for the Queen at Buckingham Palace, on the Royal Yacht Britannia, for heads of state in Washington and for celebrities around the world.

At the beginning of his culinary career, he apprenticed at the Michelin Star Restaurant in Glasgow, Malmaison, and then worked at the world-famous, five-star luxury hotel in Scotland, Gleneagles. Upon immigrating to North America, John worked for the Four Seasons Hotel in Canada and the United States and his final stint in the hotel industry was at the King Edward Hotel in Toronto.

Now, John is the director of one of North America’s best cooking schools, George Brown Chef School in Toronto. Since arriving in 2002, John has steered the school through a massive expansion due to an explosive demand in enrolment. With his Scottish brogue, keen wit and passion for teaching, John is leading the way for the next generation of talented chefs.

John has made several television appearances including Food Network’s At the Table With, he was also a guest judge on the first season of Top Chef Canada and one of the judges of Food Network’s Chopped Canada. He has a long list of accolades and was recently awarded the Glenfiddich Award for Chef of the Year by Trillium Chefs Canada and the Gold Award for Educator by the Ontario Hostelry Institute (OHI). Recently, he has been selected to be the President for the Bocuse d’Or Team Canada for the upcoming Bocuse d’Or 2019 Competition in Lyon, France and last year, he received the Lifetime Achievement Award from Foodservice and Hospitality at the Annual Pinnacle Awards. In this era of celebrity chefs, he reminds his students that being a chef is hard work that requires passion and dedication. 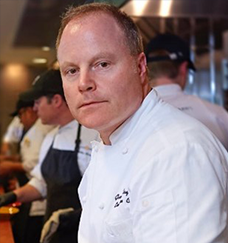 Chef Maybury has 30 years of diverse, top-tier culinary experience, insight, innovation and culinary knowledge. He is the Chef at Turnberry Resort where is oversees the complete culinary program.

Maybury studied at Dublin College of Catering and went on to earn a Master Certificate in Essentials of Hospitality Management from Cornell University. He started out doing a traditional apprenticeship in Dublin and worked his way up in Michelin-starred restaurants and hotels across Ireland.

Find Us On Social Media